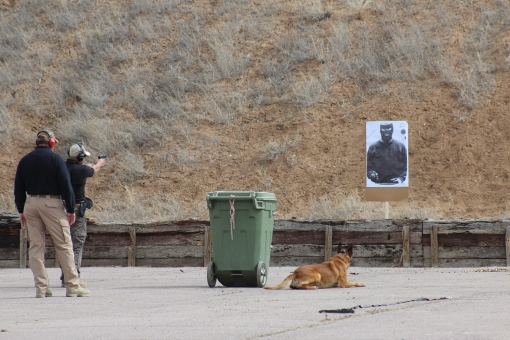 Tactical K9 conducts maintenance work for the Gallup K9 Unit.  We focused on live fire shooting and scored targets while controlling canines.  This involved multiple shooters as well as other distractions to keep the canines focused and in control.  We also completed all other maintenance work – including search team work and problem solving.

Tactical K9 has conducted several E-Collar Workshops for the Fontana K9 Unit over the years.  We were conducted to conduct another as the Unit had almost all new teams assigned.  Much thanks goes out to Daryll DiSanto – thier Unit Trainer for making this class happen.  As always a great unit to work with.

This workshop was one of 3 separate workshops assigned to TK9 for instruction.  In total we instructed 50 K9 teams in the introduction to the E-Collar.  Each class required (2) instructors.  The two (pictured) instructors for this class included Mike Goosby and Doug Roller.  Jeff Miller assisted in classes at Camp Pendleton.  Mike completed another class in Japan.  As always we would like to thanks Mike Wells Marines Assistant program Manager for making these classes happen.

Tactical K9 was contacted earlier this year to conduct a class for their unit.  After much discussion and coordination the class was set.  What a great class it was.  Class had dedicated handlers including George Li from San Mateo who attended (paid his own way) following surgery for appendicitis the night before – now that is dedication ! 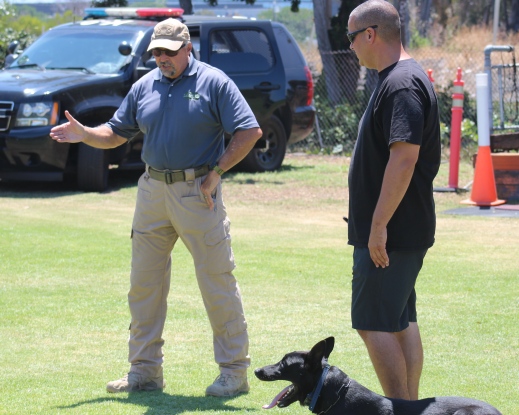 Tactical K9 conducted a short two day E-Collar Class for the LASP K9 Unit.  TK9 contracts with this unit for their monthly maintenance and needed to get a couple of teams on board.  We conducted a crash course workshop for two seasoned K9 teams.  TK9 also selected the canines for these two teams months ago. 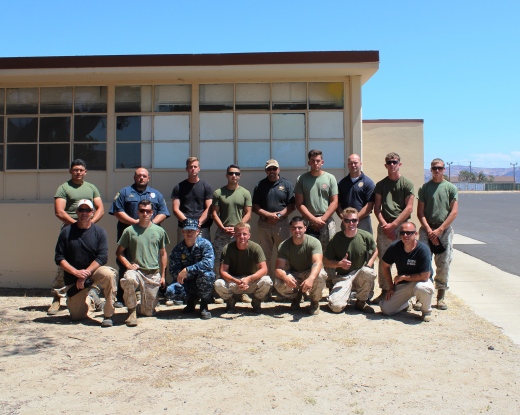 Tactical K9 conducts the second of three assigned classes this year for the Marines K9 Unit.  We had a couple of canines that were a handful and we were able to get some balance on them.  We also finished off with some off lead tactical work and at a great training location for field scenarios.  Instructor Jeff Miller and Doug Roller instructed this class. 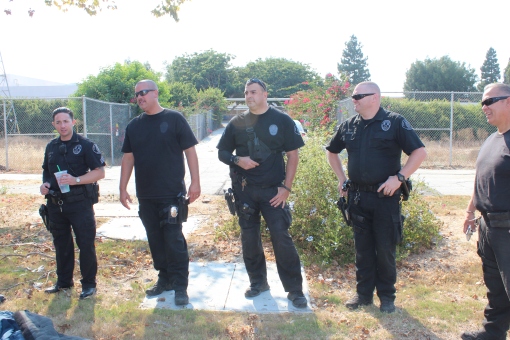 Tactical K9 would like to acknowledge this great unit that they have been working with for several years.  We have seen many ups and downs but we continue to improve and persevere.

Tactical K9 conducted a 4-day E-collar workshop for this fine unit.  This class took a while to set up and much work from Tyler Layfield, Fremont K9 Unit.  Tyler and Instructor Doug Roller met years ago when he was assigned a different canine – during a class TK9 was doing for San Jose PD K9 Unit (hosting).  He recently was assigned another canine following the loss of his first canine.  With motivation for a class he ramrodded and hosted this class.  I very good class with dedicated teams. 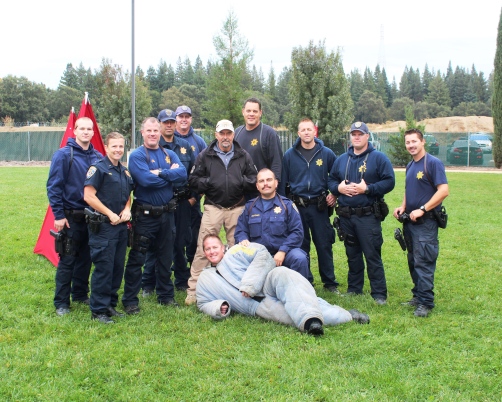 Tactical K9 conducted a 5-day E-Collar workshop for this fine unit.  The CHP has approximately 50 teams state wide so this was only a small portion.  They have been pushing to get all teams through our class.  This was a full class and instructor Doug Roller had his hands full.  We were able to shape all teams with the E-Collar and the teams worked hard to advance.  Thanks Jarrod Page – CHP Handler and good friend for all the support. 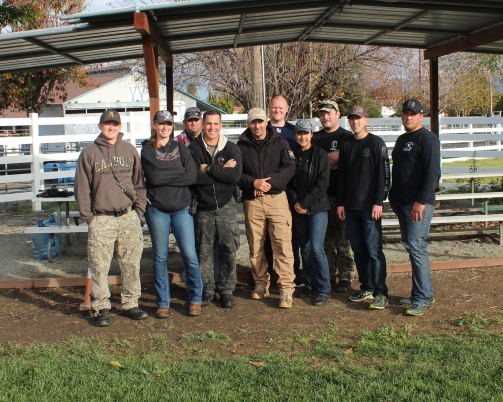 Tactical K9 conducted another class in this area.  A full class with some great teams.  Most teams were very solid in all basic work and we were able to push this group pretty hard.  Would like to thank all the teams for a great class – be safe my friends.